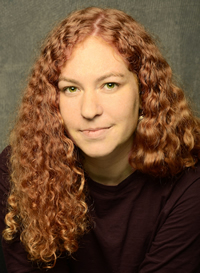 Alex Mallory is a third-year director in the MFA program at Northwestern interested in theatrical collisions of violence and identity. Directing highlights include: Goliath and Dijla Wal Furat at Wild Project; Faith at Culture Project’s Women Center Stage Festival; and The Refuge Project for Bedlam MadLAB, all developed with Poetic Theater Productions; and an original adaptation of Spring Awakening at Northwestern. Since 2012 she has worked with military veterans as a director and facilitator with The Telling Project, the Veteran Artist Program (Lincoln Center), DE-CRUIT, and LaGuardia Community College. She holds a BA in Drama from Stanford University, where she received the Louis Sudler Prize in Creative Arts and the Sherifa Omade Edoga Prize for work involving social issues. Assistant Directing credits include: The Minutes with Anna D. Shapiro, Cressida On Top with Shana Cooper, and The Steadfast Tin Soldier Tin Soldier with Mary Zimmerman. Upcoming: Mary Stuart at Northwestern with an all-womxn cast, and Indecent with Shana Cooper at Oregon Shakespeare Festival. Associate Member, SDC. 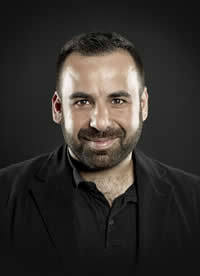 Hassan Al Rawas hails from Beirut, Lebanon, but was raised in Kuwait City, Kuwait. He is currently in his third year in the MFA in Directing Program at Northwestern University. He is the founder of the IMPROVengers, Kuwait’s first and only improv comedy troupe, and he is a founding member of SiK Productions, Kuwait’s premier English language community theatre. Past directing credits include Sylvia by A.R. Gurney, Les Misérables, Disney’s Beauty and the Beast, and a stage adaptation of the novel Samarkand by French-Lebanese author Amin Maalouf. Since coming to pursue his MFA in Directing at Northwestern, Hassan has directed The Orange Garden by Joanna Garner, An Evening of Arabic Plays, and he assisted Bill Brown on a production of Stephen Sondheim’s Company. In his third year at Northwestern, Hassan will be directing Stephen Karam’s new adaptation of Anton Chekhov’s The Cherry Orchard. Hassan was recently the assistant director on the world premiere of Witch by Jen Silverman and directed by Marti Lyons at Writers Theatre, and will later be assisting David Catlin on Lookingglass Theatre’s production of Mary Shelley’s Frankenstein. In addition to pursuing his MFA, Hassan is also in the PhD Certificate Program in Middle East/North African Studies at Northwestern. Hassan holds a MA in Theatre from Northwestern University and a BA in Communication Arts from Xavier University. 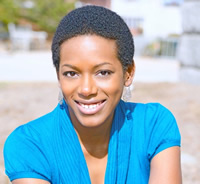 She has appeared in such works as Saturday Night/Sunday Morning (The Lyric Stage Company), Good Television (Zeitgeist Stage Company), and The Bluest Eye (Company One). She holds a BFA in theatre arts from Boston University and is currently in the MFA Directing Program at Northwestern University. Tasia is also an artistic associate for Black Lives Black Words International Project and a literary committee member for Rivendell Theatre Ensemble. 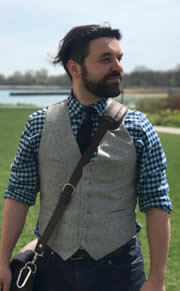 Anthony Forchielli is a lighting and sound designer for theatre, dance, opera, concert and non-performance-based events. Anthony is interested in theatre as an opportunity; a forefront of ethical reform. His work is rooted in the source material and explores the intersection of movement and shadow.

Originally from Bethlehem Penn., Anthony maintains a pillow not only on the east coast, but also in Chicago (where he earned his BFA from The Theatre School Conservatory at DePaul) and Portland, Ore., with his wife, Sydney, whom he thanks very much for her support.

Anthony’s work has been seen across the country at various theaters and events including: The Wagon Wheel Theatre, Wilmette Starlight Theatre, Allentown Shakespeare in the Park, Pennsylvania Youth Theatre, The Celtic Classic, DePaul University, The Wirtz Center for the Performing Arts, and The Bienen School of Music. Anthony has also assisted at Lookingglass Theatre and The Goodman in Chicago. His work has also been seen in the pages of Lighting & Sound America and PLSN. 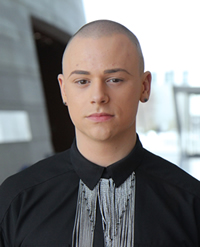 Joseph Arthur Franjoine is a lighting artist interested in creating environments that have the potential to trigger visceral responses within the subconscious. Joseph often works at the intersection of gender, identity, and dysphoria. Joseph is invested in working with collaborators who aspire to create visual utopian metamorphoses. Joseph believes performance should be able to transform into gas, float into the mind, and cause sublimation. 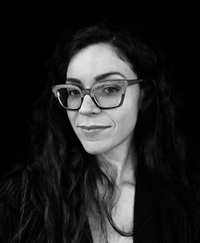 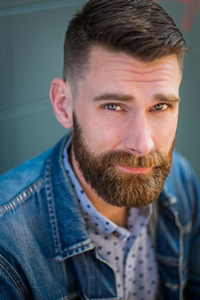 Scott is a Canadian-born designer whose work has been seen in theatres across Canada. He holds a BFA from York University and was a member of the Young Writers Programme at the prestigious Royal Court Theatre in London. Scott’s professional work has included work at: About Face Theatre, The Stratford Shakespeare Festival, The Grand Theatre (London, Ont.), The Sudbury Theatre Centre, The Globe Theatre (Regina, Sask.), Hart House Theatre, Angelwalk Theatre (Toronto, Ont.) and The Winnipeg Studio Theatre. 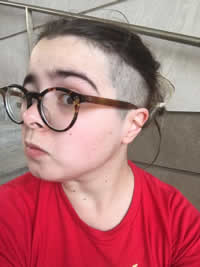 Stephanie Ross is a Chicago-based performance artist and costume designer. They received their BFA in time-based media from Carnegie Mellon University in 2013 and are pursuing their MFA at Northwestern University. They participate in drag and burlesque scenes, creating cabaret-style performances with others (PopCabaret and Trans-Q Television). Upcoming: Prague Quadrennial 2019: gently sinking, GUYS AND DOLLS, VOYEURS DE VENUS. Recent credits: TWELFTH NIGHT and SPRING AWAKENING. They exhibited their work at the 2015 Prague Quadrennial: Wolves in Lambswool Suits. They have exhibited their work at Abrons Art Center (New York City), Carnegie Museum of Art, Center for Sex and Culture (San Francisco), and the Andy Warhol Museum. They have assisted at the Alliance Theatre (Atlanta) and the Arena Stage (Washington, D.C.). 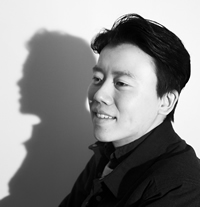 Woongjin Oh is a third year MFA candidate in the scenic design program. Originally from South Korea, he has studied various forms of fine art and design including painting, sculpture, production design, and visual design. He holds a BFA in scenic design. He believes that his varied experiences and wide range of attempts have had a great impact on his artwork. While gaining various forms of design experience working and working as a teacher in the theater and art industries, he sought to broaden his perspective as an artist. This prompted his move to the U.S. At Northwestern, Woongjin has designed Twelfth Night (Barber Theatre), A Starry Night gala show (School of Communication), Spring Awakening (Wallis Theatre), The Cherry Orchard (Louis Theatre) and Voyeurs de Venus (Louis Theatre).